Every anniversary is special, especially the wedding ones. We spend hours, weeks, and sometimes months planning for it. Actually, it depends how you look at it. An anniversary can even be seen as being planned for however long you have been celebrating. Marriage can sometimes be hard work, so it's worth taking time, stepping back, and remembering the good times to help through the bad.

These quotes are specifically for Christians about anniversaries. I hope you like them. 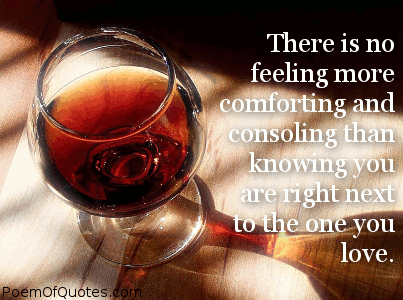 Our wedding was many years ago. The celebration continues to this day.
Gene Perret A successful marriage requires falling in love many times, always with the same person.
Mignon McLaughlin Infatuation is when you think he's as sexy as Robert Redford, as smart as Henry Kissinger, as noble as Ralph Nader, as funny as Woody Allen, and as athletic as Jimmy Conners. Love is when you realize that he's as sexy as Woody Allen, as smart as Jimmy Connors, as funny as Ralph Nader, as athletic as Henry Kissinger and nothing like Robert Redford - but you'll take him anyway.
Judith Viorst, Redbook, 1975 Nobody has ever measured, even poets, how much a heart can hold.
Zelda Fitzgerald No matter how much cats fight, there always seem to be plenty of kittens.
Abraham Lincoln Love seems the swiftest, but it is the slowest of all growths. No man or woman really knows what perfect love is until they have been married a quarter of a century.
Mark Twain There is no feeling more comforting and consoling than knowing you are right next to the one you love.
Anonymous Page: 1 | 2 | 3 Related:
Christian wedding quotes
Christian friendship quotes
Christian leadership quotes
More on Christianity
Last update: 6/11/2020 - 06:22