Soul Men is a musical crime-drama film about two soul-singers who haven't talked to each other in twenty-plus years, but they still agree to do a concert together after the death of the band leader. The film follows the lives of Louis Hinds and Floyd Henderson as they attempt to put away their differences and become a band once again. Directed by Malcolm D. Lee. Starring Samuel L. Jackson, Bernie Mac, Isaac Hayes, and Sharon Leal.

Soul Men was Bernie Mac's last appearance before his death in 2008. The film was changed heavily after his and Isaac Hayes' death, making it a more lighthearted and softer film. It was thus a financial failure even though it received mixed reviews. Read some hilarious quotes from the film Soul Men below. 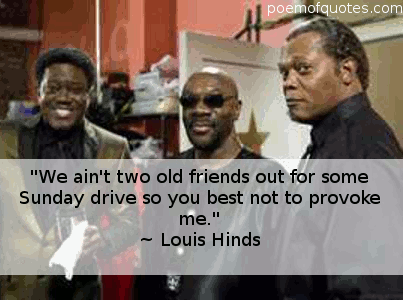