Canada Day (formerly known as Dominion Day) celebrates the anniversary of the July, 1 1867 enactment of the British North America Act. The Act joined Nova Scotia, New Brunswick, and the Province of Canada into a federation of four provinces (with the Province of Canada dividing into Ontario and Quebec). This day also marks the date in which Canada became a kingdom of its own right.

Below are 25 quotes about Canada to help celebrate this great historic day. 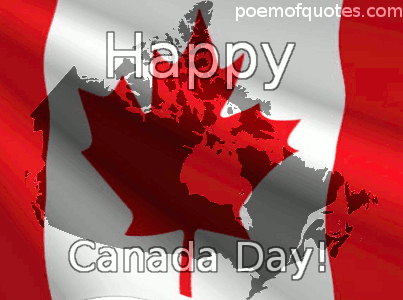 Canada is the greatest nation in this country.
Former Toronto Mayor Allan Lamport Your majesty, I thank you from the bottom of my heart, and Madame Houde thanks you from her bottom too.
Montreal Mayor Camillien Houde, in 1939 to King George VI I'm not an American! I am a Canadian. I come from a "nice," thoroughly unrealistic country.
Matthew Fisher The beaver, which has come to represent Canada as the eagle does the United States and the lion Britain, is a flat-tailed, slow-witted, toothy rodent known to bite off it's own testicles or to stand under its own falling trees.
June Callwood Canada is a country whose main exports are hockey players and cold fronts. Our main imports are baseball players and acid rain.
Pierre E. Trudeau A Canadian is someone who knows how to make love in a canoe.
Pierre Burton Americans are benevolently ignorant about Canada, while Canadians are malevolently well informed about the United States.
J. Bartlet Brebner Canada has never been a melting-pot; more like a tossed salad.
Arnold Edinborough Canada is a country so square that even the female impersonators are women.
Richard Benner Canada is a place of infinite promise. We like the people, and if one ever had to emigrate, this would be the destination, not the U.S.A. The hills, lakes and forests make it a place of peace and repose of the mind, such as one never finds in the U.S.A.
John Maynard Keynes Page: 1 | 2 | 3 More holidays
Last update: 6/11/2020 - 06:22