Father's Day is a special time of the year for dads all around the world. It is important to show how much he meant to you on this special day. Don't forget to get your dad that special present and say something silly to him, like one of these quotations! It's a great way to start off the day and a great way to spend time with dad. Tell jokes to each other!

Below are some great funny quotes to help celebrate Father's Day. 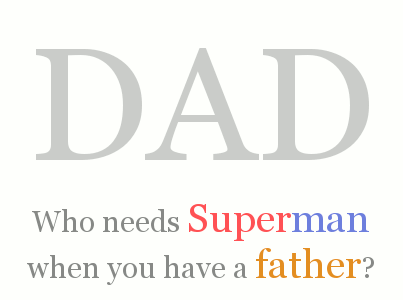 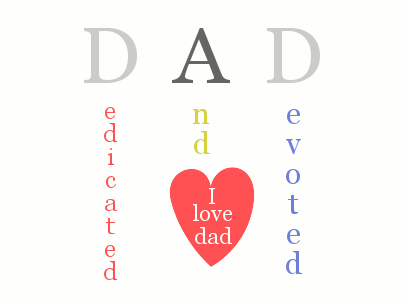 When I was a boy of fourteen, my father was so ignorant I could hardly stand to have the old man around. But when I got to be twenty-one, I was astonished at how much he had learned in seven years.
Mark Twain Fatherhood is pretending the present you love most is soap-on-a-rope.
Bill Cosby A father is always making his baby into a little woman. And when she is a woman he turns her back again.
Enid Bagnold A father carries pictures where his money used to be.
Anonymous The older I get, the smarter my father seems to get.
Tim Russert A man knows when he is growing old because he begins to look like his father.
Gabriel Garcia Márquez To her the name of father was another name for love.
Fanny Fern My father was a statesman; I'm a political woman. My father was a saint. I'm not.
Indira Gandhi Father, whom I murdered every night but one, That one, when your death murdered me.
Howard Moss To be a successful father... there's one absolute rule: when you have a kid, don't look at it for the first two years.
Ernest Hemingway Page: 1 | 2 More holiday quotes