As we all know, the pointy eared nightshift hero has made a comeback.  His cape of justice and alluring fitted black tights arÂ all here to save the day once again from the handful of remade and renewed mentally confused villains. The Dark Knight being the top rated movie of the summer (if not the year) one can only anticipate what the plans are for the next film.  Especially someone that is in their own batcave...such as me that has time to just sit here and make a list even..of what could possibly happen next.

1. First thing first everything needs to be changed. Let's follow the tradition of two really awesome Batman movies coming out then changing everything and turning them into corny one liners.

Seriously...a Batman movie without those?! Who doesn't miss that? So yes everything needs to be changed even the actors..except Alfred. He must always stay the same. In fact while we're on that subject let's just bring the old Alfred back! 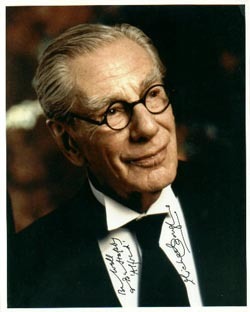 That's better...now doesn't he just bring a different sense of comfort? He might not be the first Alfred but he's been an Alfred for a long time. He even outlasted the Batman actors so that has to say something.

2. While we're on the subject of change...the costume must go. Fashion is always a broken record...it never fails to return (or at least attempt to) so why not just skip all the formalities and get to it? 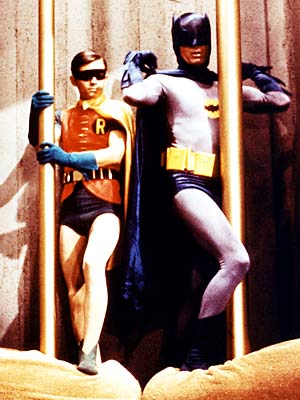 It might not be bullet proof but who needs that when you can knock your enemies back with pure looks? I don't see the fans complaining: spandex makes the guessing game a little easier with what's behind that mystery man's mask. While our minds are in that area what IS Batman doing to that pole?

3. Okay you can stop staring at Batman on the pole now. Back to work!

Most are going to hate me for this one but the new fancy tank car has to go as well. Why? Well because it's simply too cool. If we're going back to the corny lines we can't have cool rocker launching tank cars flying everywhere. Since we brought back Alfred and because the first batmobile is in retirement..let's bring the old KITT back! I'm talking the Pontiac Trans Am KITT!

I would put a picture but...David Hasselhoff is just so imitating. Almost like Chuch Norris but now that the jokes are getting a little old...I would put my money on Hasselhoff. [insert spiffy Hasselhoff joke that pwns all Chuck Norris ones]

4. Last but not least Robin has to make a comeback. It's been said Christian Bale won't do the Batman role if there would be a Robin..but who cares he's being replaced as well! Only Alfred stays the same! Focus...

Who would fill these roles? Who cares. We'll just throw in a few unknowns or "somewhat" known guys and then insert a hot chick somewhere or keep the original idea of Angelina Jolie being the new catwoman. Wasn't she one of the main reasons people went to go see Beowulf? And that was her in CG...what would they do for the real one? On second thought..let's keep the CG.

Well there it is. A list that can cause a disaster somewhere or maybe, crazy enough, some justice. We all might be wondering what exactly is in store for us for the next movie, but you know what I'm really looking forward to? A guy rich enough and yet dumb enough to try to be a real life Batman. Which leaves yet another question. Batman fought thugs and gangs at first...yet then mysteriously all these weirdo psycho villains started sprouting....was he the cause?

I guess it's just another "chicken or the egg" situation. Which really did come first?